Song Choice:- I wonder just how many times Metallica have ever played 'Enter Sandman' live? It must thousands (one of which I saw in 1992) and I bet I've listened to it just as many times as they've performed it. The track stats are amazing - It's sold over 1 million copies and their 1991 Metallica Album on which it features has sold over 30 million copies... That makes it a highly significant track in the history of modern Rock Music in the 20th Century I reckon and it's a track I never get tired of, especially when I'm running out in the 'Sands the Sahara'.

No fear, it's already loaded on my iPod and ready for action at next weekend's 32nd Marathon des Sables as it's become an integral part of the race for me, far more than the 'Highway to Hell' that's played every day. I mean, how can something you love so much be classed as hell - it's more like 'Highway to Heaven' in my opinion, or certainly to a higher place anyway.

The lyrics speak about going 'Off to Never Never Land' so the sandman can come so we can sleep in safety. However, they go on to warn us that the beasts aren't in our closet, under our beds but in our heads...

How true is that?

I know I'll think long and hard about that line a week next Sunday when I enter the sand on another 'MdS Dream' rather than an 'MdS Nightmare'... Right now, I feel strong and I don't need my imagination to start running wild... Only my legs!

Song Choice:- If Peter Gabriel hadn’t left Genesis in 1975, I’d like to think that the band would have still gone on to write ‘Domino’. Every time I hear it, I always think that it should follow on from ‘The Cage’ on ‘The Lamb Lies Down on Broadway’ and for me it’s probably the pick of all their ‘Post Gabriel’ material. The 10:45 minute track has so many highlights, so many layers and musical passages and was amazing live at Knebworth in 1992 - it’s Phil Collins at his performing best in my opinion.

And that’s why I love it - as there’s nothing better, than people giving it 100%.

It echoes my recent thoughts of ‘Go Hard or Go Home’, especially when I’m thrashing myself around Cardiff’s 5km ParkRun, - I mean, if you don’t give it everything, why even bother turning up? Why bother to take all the effort to go somewhere to deliver a sub-standard performance? In performing to over 100,000 people that night in ‘92 - Collins probably didn’t need any motivation to deliver, and it certainly takes balls to go out there and captivate so many people that know your music note perfect. Singing in front of so many people would be a frightening thought for all of us - except of course if you are at the top of your game.  Not so, if you don’t believe in yourself of course - as there’s lots of stage-fright stories… Bush and Fry come to mind!

Anyway, back in the real world, I wonder why it’s so easy to put in some out-of-tune, sub-standard performances ourselves and why we expect '100% Trip Advisor Satisfaction' from everybody else. I love a good moan don’t you as poor quality and off-hand service drives me potty - I bet it drives you potty too, it’s a national pastime. It’s a shame as no-one sets out to do a poor job, we just get distracted and in our heart-of-hearts we know when we are not delivering…

I'll keep that in mind as I’m in Dublin today, speaking to an audience at Microsoft to talk about ‘Going that Extra Mile’ and of course my soapbox favourite ‘Being Elite’. I’m sure they are already ‘Elite’ (otherwise they wouldn’t be there would employed there) but I’ll do my best to reaffirm the fact, and give my own ‘Collins Domino Performance'.

Otherwise why did I bother to getting up at 4am, flying to Dublin and expend all that effort for anything less than my 100% peak performance.

What are you going to do today, and will you be giving it everything you’ve got?

It might not be Knebworth, but it is to me...‘Hello Dublin!’

Life's What You Make It - Talk Talk 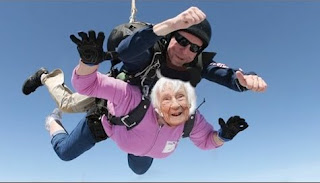 Lyrics:- 'Life's what you make it, can't escape it' - Hollis & Friese-Greene

Song Choice:- It's probably Talk Talk's finest hour and this 1985 classic has to have one of the best 'hooks' a single could ever have wanted, yet somehow it only got to #16 in the UK charts. It's a shame as I always thought that Talk Talk were a such a great band but being pitched against the 'Live-Aid Mega-Groups' of the time, it meant they just weren't hip enough to make their mark. It's well worth a listen though and if you've forgotten the track or missed 'Talk Talk' all together you might well be surprised.

I've previously featured 'Talk Talk's' self-titled song 'Talk Talk' for the blog to highlight that I believe talk is cheap and action speaks far louder. If I'm your coach, and you are a procrastinator, you'll know that for sure.

You see, I love the whole feel of 'Life's what you make it' with its heavy piano lead, snapping drums and screaming guitars... it's always made me feel - Upbeat, Lucky & Very Alive.

And it's the 'Alive' bit that I'm interested in for today's blog as I so nearly wasn't last year.

It finally dawned on me over the weekend that if I hadn't had the Intravenous Immunoglobulins (IVIGs) when I had the Sub-Acute Inflammatory Demyelinating Polyneuropathy (SIDP) - I'd be dead. Properly Dead, Buried and Long-gone - along with my very confused 'Antibodies' which had attacked my own nervous system. It was part way through the Cardiff ParkRun when I was bashing out my quickest 5km post illness that it came to mind.

It's not the best of times to have such a moment of realisation but it did take away some of the pain and give me a great sense of gratitude that I'd made the life/death cut. Back in August last year, I could only dream of ever walking a 5km, let alone manage it at sub 9-minute mile pace, with faster times to come I hope.

It does to show you that anything is possible if you want it enough and make what you can from your life - don't escape it as you can't back-date it.

Everybody Wants to Run the World - Tears for Fears 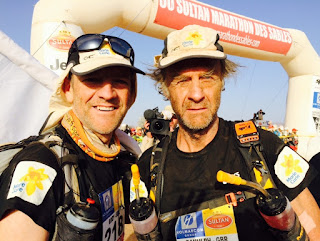 Lyrics:- 'All for freedom and for pleasure' -  Hughes, Orzabal & Stanley

Song Choice:- Back in 1986, 'Everybody wanted to Run the World' to promote 'Sport Aid' which culminated in a 10km fun run held simultaneously in 89 countries. The song peaked at number 5 in June 1986 and united millions of people the world over to raise a staggering £30M for Live-Aid and UNICEF.

With just two weeks to go until 'The Marathon des Sables' and a month until 'The London Marathon' both of which have again raised ten of millions of pounds over their 30+ years history. It strikes me that there are thousands of other worthy causes and local races out there where vital funds and awareness can be raised and athletic feats of endurance rewarded with hard-earned cash.

I've fund-raised during lots of my Mega-Day Marathon Running Challenges over the years and have raised cash for the elderly, the addicted and the terminally ill. Seeing that Sir Ranulph had collected nearly £20M for Marie Curie over the years encouraged me to donate my training fee to them too, especially after visiting their Care Home in Penarth.

It felt like the right thing to do at the time and of course it was... The only thing is you never get to see exactly what's happened to the money that you've donated as the charities are so huge.

So maybe there's an even more rewarding local worthy challenge out there? One where folk can group together their efforts together, utilise their 'Fund-Raising' and their 'Marketing and PR Skills' for instance to buy a piece of desperately needed equipment for their local hospital or a 'Guide-dog's Training'... A tangible result of their collective efforts.

My local ParkRun in Cardiff  like all ParkRun's is free and attracts 700-900 people every week - £1 from every runner would raise at least £33k a year if folk pulled together for a worthy cause. All from just £1 a week - I'd pay that wouldn't you? Don't get me wrong ParkRun is an amazing phenomena and it's about getting folk active which is brilliant but we could all give something back each week and feel even better about our efforts?

The thing is, you don't need to 'Run the World' to make a change no matter how large or small and it's amazing how such small steps could add up to making huge differences for those that surround us and that even a local 5K can be a great vehicle for making that change.

Well worth a thought...and if you need to find an event to do so take a look no further Eventbrite and start making a difference :-)